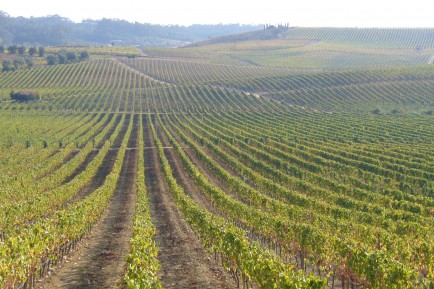 Located in the deep valleys running down from the forbidding mountains of inland Portugal, Beiras stretches from mighty Tagus river in the south almost touching the Douro River in the North. The tall giants like Serra da Estrela separate it from Castillian Spain, but not its dry continental climate, and send down fertile rivers that feed the ancient forests and rich greenery. The region is full of old medieval towns and historic villages, well preserved and of great character, perched on the banks of many rivers like Côa or Zêzere. Summers are very hot and dry, while winters are cold and snowy.

On the threshold of the twelfth century, in the hands of the Cistercian Monks, the wine production has developed very significantly from its ancient roots. The soils of the region are of granite and schist. The region is particularly renowned for sparkling wine in the Bairrada DOC, but also has some legendary still wine makers, like Luis Pato. The white varieties predominant in the region are Malvasia Fina, Cerceal and Gouveio. The characteristic red varieties are Baga, Touriga Francesa, Tinta Barroca, Touriga Nacional, and Tinta Roriz. The wines are characterised by diverse styles, reds are usually rich and whites are elegant.