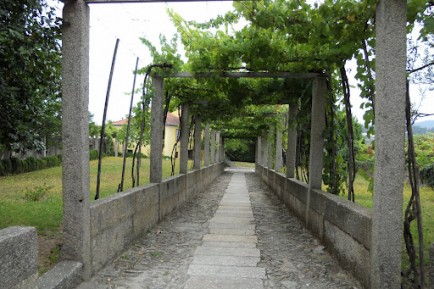 Vinho Verde is a Portuguese specialty: fresh and fruity wine with a light sparkle. Here is an abundance of specific grape varieties and winemaking peculiarities. The climate is strongly influenced by the Atlantic with variations provided by mountainous topology. The land is subdivided into several subregions, roughly associated with rivers, and the soil characteristics that further diversify the wine.

The numerous growers have small farms patched into different segments. The growing has evolved into a tradition of very high yields, with vines being led by trees, telegraph posts and what not. The harsh policies and some cooperatives further compromised quality in lieu of quantity, but the region is experiencing a strong revival of artisan producers and brave experimenters. Invaded by sublime Alvarinho from Galician north on the Minho River, the rest is indulging in Portuguese varieties, of which there is a great diversity, Loureiro and Vinhão being the iconic ones. These wines can be an ultimate delight. Must try good Vinho Verde tinto (red)!