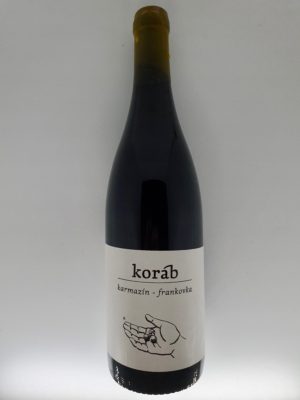 Winery Koráb was founded in 2006 by the Korábbrothersfrom Boleradice. Currently, Petr Koráb is at the helm of wine grower and cellar keeping. Petr’s main focus has been on old vineyards since the beginning – preservation of vineyards became his main objective. For larger wine growers old vineyards are uneconomic due to lower production.

However, smaller grapevine planting and original Moravian clones have together with long roots of old grapevines brought around a positive influence on quality and the resulting character of wine.

Petr’s intention is to preserve old vineyards as a significant landscaping element of a Moravian village, and, first of all, to make authentic Moravian wines from grapes harvested in these vineyards. Petr doesn’t only grow grapes and makes wine, but an important part of his holistic approach is to rear sheep, goats and bees to create balanced farming.

In the past few years, his wines have garnered a big following, and sell out really quickly before they hit UK shores.

Tasting notes
This 100% Frankovka, is full of dark, ripe cherries, spice, floral character such as red roses, good medium bodied weight, an uplifting core which makes it so easy drinking yet something meditative about it. Frankovka as a variety is like a dance between Syrah and Pinot Noir attributes.

There are no reviews yet, would you like to submit yours?