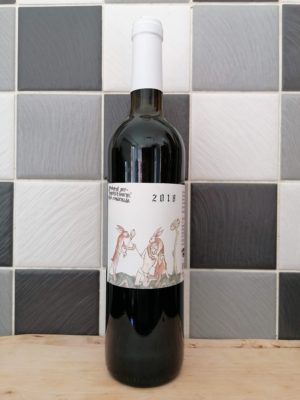 Organic and minimum intervention wines (SO2 is the only addictive) from old vines 120 to 150 year old made in the region of Lisbon.

Uncondemned Story
Very Old “backyard” vineyards in the rural areas inland North of Lisbon are condemned to be abandoned due to the ageing of the owners. The wine was a product used at their home, and commercialized locally, just like the olive oil, the vegetables, the fruit and the animals. Currently, the next generation can’t live from these products as they have employments elsewhere and no time to care for the land. So Andre, the winemaker at Quinta do Montalto, took action and in collaboration with Portuguese Story, decided to save the vines. Currently, we have 2 vineyards with 120 to 150 years old (photo attached), that have entered the Uncondemned project. Uncondemned are the wines produced from these vineyards (which would be condemned otherwise).

Vinification RED+WHITE
The Uncondemned wine (currently 2nd vintage 2018) used a traditional Portuguese method, described by local monks several centuries ago, the style is called “palhete” which is a blend of red and white grapes fermented together. This was traditional in all central Portugal until the mid of the 20th century, abandoned for commercial reasons. Currently, the return of “palhete” wines is welcomed by the new generations, and they are really interesting!

Grapes:
Old vines are mainly Fernao Pires for the white and Trincadeira for the red, but several other grapes are involved.

There are no reviews yet, would you like to submit yours?

Be the first to review “Uncondemned Medieval Red 2020” Cancel reply